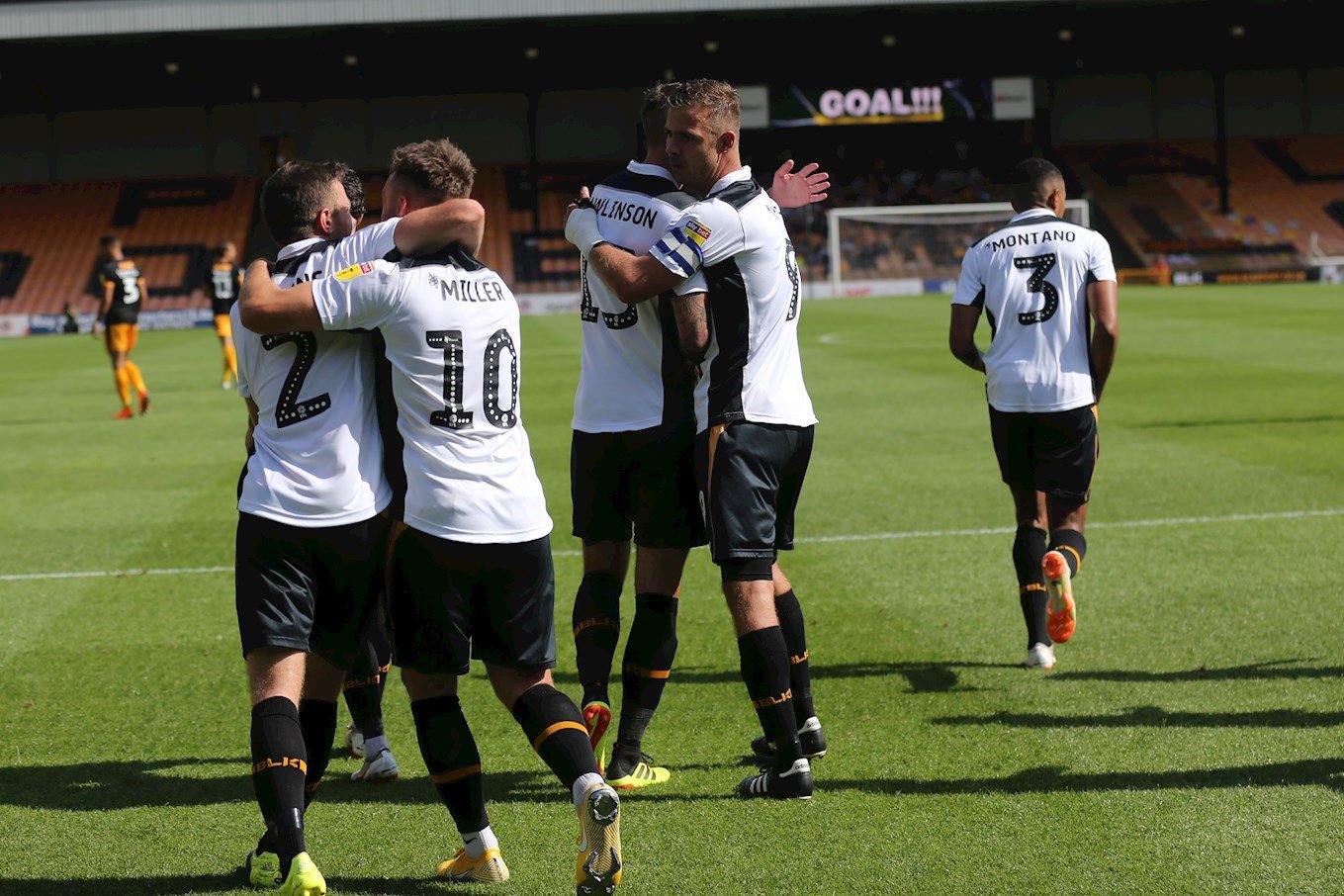 It’s an adage as old as time, and one that echoed so menacingly in my head from about 4:30pm onwards on Saturday. There we were a mere couple of hours earlier, standing around a pub garden, swilling lager and venting our reasons for being so optimistic this season. We could go out and make a real statement this afternoon, show people why they should fear us. Look, we’ve still got George Maris, it’s a decent squad. Who needs Ricky Miller when you have Ade Azeez?

It turns out, whatever magic Ade, George and Mr Dunne have to sprinkle on the team, it’s one that will come with time. Said simply enough, on that sunny afternoon in the potteries, we were opened up and dismantled by what looked to me a very average Port Vale side. Goals either side of the break, one a sweetly struck free-kick by trainee shithouser Ricky Miller, and the other a stonewall penalty confidently finished by Tom Pope, set United on the way to a 3-0 defeat. The result was secured twenty minutes later when Pope’s header managed to find its way under David Forde, who for some reason jumped up and out of the way of the path of the ball.

If the aim was to start the season by announcing our play off campaign to the rest of the league, this was a limp sigh of mid-table disappointment. A flat display, no real direction, and no real focal point. Barring one scramble in the box where Azeez’s shot was eventually blocked, the U’s didn’t look at any point like they had a goal in them.

Clearly, a lot of this is a massive exaggeration and just an excuse for me ramble on hyperbolically until I’m out of breath – it’s the first game of the season, we were without Jevani and Halliday, there are still 135 points up for grabs and that optimism can return in no time with a string of a few decent results. But what was so worrying was that Port Vale seemed to have the exact thing, or the exact player, that the U’s are lacking: a consistent, reliable, and dangerous 20+ goal a season striker. And they’ve got two of them.

Say what you like about Ricky Miller and Tom Pope, but they are two strikers that will put goals away this season, and Vale’s success or failure this season is completely reliant on their form. Barring any fitness or injury issues, they will both nudge 20 goals for Vale, perhaps masking other areas of their squad which are considerably weaker.

And then there’s the U’s. And really, what are the options? Barry Corr can do half an hour with a set of working knees, at which point the game might already be beyond his rescue. Doubts of Ibehre’s fitness still stand (he wasn’t even fit enough to make the bench), and whereas Barry and Jabo’s quality is not being put into doubt, the standard of Ade Azeez is still under deserved scrutiny – over his entire career, he has never scored more than seven goals in a season. Not quite the return that you want from your talismanic striker.

But, there’s still a lot of time to right these wrongs. This might be the only game we lose all season, who knows? Mainly, what Saturday told me was that this should have been a busy week for us. I’d have liked to have seen a couple of incomings – definitely someone to bolster what looks to be a very frail front line. I hope I’m proved wrong, but in 46 games time, wherever we finish, I bet you we’ll look at every single team above us and they’ll have a striker who has outscored all of ours. And that might be the only difference. As it stands, I sit here 24 hours before the transfer deadline closes, worrying and worrying about Notts County, Northampton, and Exeter, and just how bad this start could turn into…

Who else misses the summer?

Remember, copies of Issue 1 of the UTAS fanzine are available to order from our online shop: http://www.undertheabbeystand.com/shop

You can also find our trendy merchandise over on Sigma Embroidery’s website: https://www.sigmaembroidery.co.uk/product-category/clubs-and-groups/under-the-abbey-stand-utas