It’s 6.45am and the sun is peeking through the curtains. I’ve been up all night dragging, dropping and sighing out loud at the infuriating Microsoft Word. But it’s done. It’s finished.

The very first instalment of the United in Endeavour fanzine is ready and fired off to the printers, with a handsome two hours to spare until the absolute final 100% can’t-have-it-later-than-this deadline. To this day, I don’t know why I used MS Word, but safe to say it has taken some years off my life. Following United has of course multiplied this significantly.

That was July 2004, and for those who don’t know, United in Endeavour fanzine went on to document one of the most interesting and turbulent periods in the club’s history with 15 issues released through to 2007. We had some interesting times during this period, including interviewing then-Reading striker Dave Kitson, John Ruddy after his Everton move, and former U’s chairman Gary Harwood, among a number of other players and staff. We sold an issue nationally raising just under £2,000 for CFU when the wolves were very much at the door. I was interviewed by “Adrian from the Independent” who turned out to be Adrian Chiles, no less.

Strangest of all, the logo I created in MS Paint at the age of 15 – probably some time between 5-6am on first issue deadline day – is inexplicably now painted on the inside of the tunnel as the last thing players see when they emerge from the tunnel. As anyone who ever laid hands on the fanzine will tell you, graphic design is not my strongest suit. 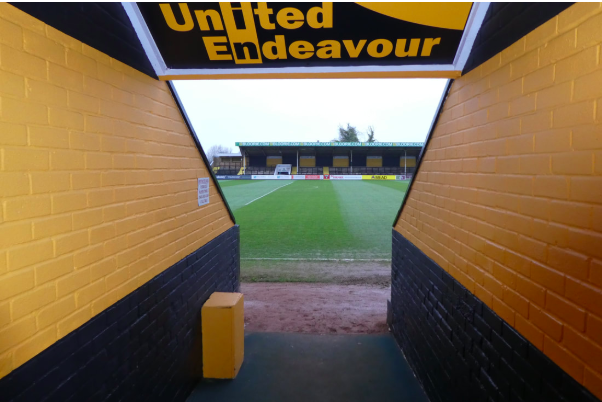 We were fortunate and privileged to receive help from some terrific writers (apologies now if I leave you off this list), including the incomparable Andrew Bennett – who also penned pages under the nom-de-plume of Charvis Loames – Sean Tyler, Dave Boyle from Supporters Direct, Millwall Dave, Matt Frost and many more.

Some of the content was a little… avant garde. Examples of this include horoscopes with Mystic Mbombe (authored by Andrew Bennett), the Chairman who cried wolf (sorry Mr. Harwood) and our take on Dear Deirdre comically named Dear DeirdUiE – what’s not to love?

We have a rich history of excellent independent media as a club, across books, online message boards, and now the can’t-miss UTAS podcast. Although it precedes my time as a United fan, when starting the journey editing United in Endeavour I made sure to acquire as many copies of the infamous Abbey Rabbit fanzine as I could. Everyone I spoke to assured me it was the blueprint and leading example of what an independent club magazine should be. I wasn’t disappointed.

In the early noughties as my love for the club bloomed, I started writing for Planet Amber, a fanzine with a short lifespan, but one that showed me the appetite for an independent fanzine existed in our fanbase.

The first issue of United in Endeavour was a labour of love rather than skilful execution, but I like to think we found our way over the years. On a good day, the fanzine would sell 3-400 copies, and I’m extremely grateful for those who would stop by my spot on the wall to buy one – thank you. I still can’t believe that respectable local company Ridgeons paid to advertise in a publication that contained Kingsley Mbombe-based satire. Fair play to them, and I’m certain it was of great commercial value to them.

At its peak – when the club was in dire financial need and taking inflatable beach apparatus with “Harwood Out” scrawled on was de rigeur – we engineered an opportunity to sell the fanzine at over 20 grounds around the country on the day we played Wycombe in our fans united game, March 2005. Tes Bramble scored an unreal goal that day, probably still the finest strike I’ve seen for United. For all the bashing that Wycombe take for their less than chivalrous playing style, their supporters trust bravely bought 500 copies that day and flogged them to the travelling support, contributing heavily to total sales around 1,800.

As far as I know, UiE is also the preceding independent fans’ publication to the UTAS fanzine. I’d like to take this opportunity to wish all the UTAS team the very best with their fanzine efforts and hope to be able to contribute to future versions. My top tip for now: a United shirt signed by Justin Walker is not a good prize.

ISSUE 2 OF THE UTAS FANZINE IS IMMINENT, SOME TIME AROUND THE END OF NOVEMBER. FOR ANY LAST MINUTE SUBMISSIONS EMAIL US AT: abbeystandpod@gmail.com