We never got to see the best of Paul due to the premature end to the 2019/20 season, but in the few appearances he did make he looked to be a confident and composed striker, scoring twice in six appearances, away at Scunthorpe and Orient.

Mullin came through the youth systems at Liverpool and Everton as well as Huddersfield before breaking through at Morecambe where he scored 25 league goals in 122 league appearances, over half of those coming from the bench. A spell at Swindon followed, before he returned to his native Liverpool with Tranmere. A similar goalscoring ratio saw him net 12 goals in 54 appearances, again featuring from the bench in over half the games. 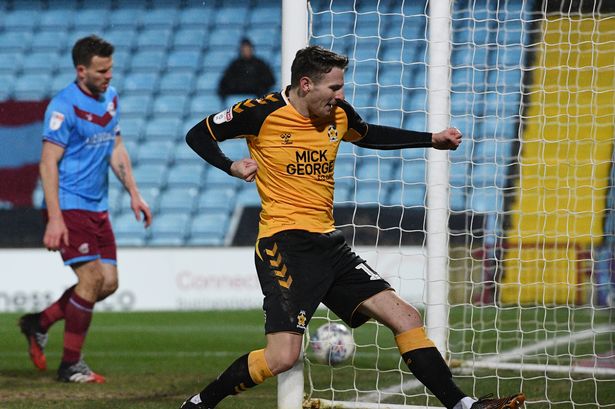 The kind of striker we’ve been crying out for the past few seasons, we think Mullin will fit in nicely alongside our current strikeforce of Harvey Knibbs and Andrew Dallas and complement them well. With the addition of a creative midfielder to feature alongside Hannant (or maybe Tom Knowles getting more game time) and another striker we should have a fairly strong attacking unit for 2020/21.

Are you excited to see Paul Mullin back at the Abbey? Who would you play him up front with? Let us know on twitter.com/abbeystandpod or in the comments below.