Now the season is dead and finished, a soon to be asterisked entry into the annals of football history we thought we’d take a look at the players who won’t be representing the U’s any longer.

The team this season has been, let’s face it, fairly unremarkable, with a few bright shoots amongst them, and now seems as good a time as any to have a look at the positions that need replacing and try to get some quality in to the squad. We seem to say it every season, but this could be the most important transfer window in our recent history, as players signed on relatively expensive contracts come to the end of their deals, and young prospects look to be starting to break through, all with the background of the financial challenges caused by COVID-19. I don’t think we’re a bad side, but there’s a few replacements needed to turn us from a mid-table outfit to one that might be able to challenge at the top end of the table, and be in the mix for the play-offs or promotion. 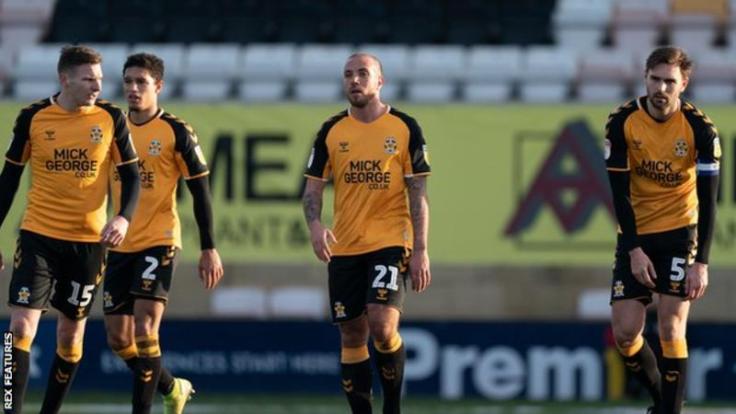 Let’s take the youngsters first. I don’t think anyone will have any complaints at the release of Finlay Iron, a decent enough young goalkeeper who’s spent most of his time with us on loan at local sides. From what we’ve seen he’s a pretty committed ‘keeper with good communication, although compared to other goalies lacks a bit in height. Jordan Norville-Williams was a bit of a surprise to some, having been in and around the first team squad on occasion without really kicking on. The same goes for Sam Bennett, potential for sure, and in an ideal world those two may have got another year. Regardless, we wish them well in the game. 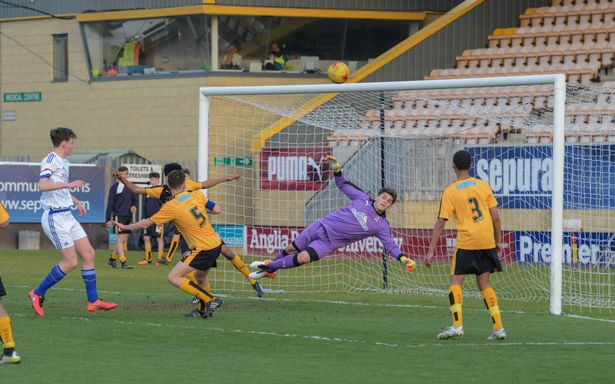 Of the old-timers, everyone seems in agreement that Jabo Ibehre‘s time at the club should probably have finished a season earlier. Although not particularly prolific, Jabo bought something to the team that often went unappreciated, and he’s suffered with injuries, especially this season where an unfortunate clash with the keeper in a reserve game against B*ro saw him with part of his opponents tooth lodged in his knee. You can’t knock Jabo for his commitment, and although he’s approaching retirement we hope he can recover from his injury at a new club. Dan Jones leaves the club after one season, and it’s fair to say he never really won over a large section of fans. That’s not to say he didn’t have his good games, and early in the season looked like he might turn out to be a pretty decent player, but it never really ended up happening for him. It feels unfair to lump Reggie Lambe in with the old timers, but he’s been at United for a few seasons now, and has often shown glimpses of being a player that could turn a game, especially from the bench, but has never really shown enough consistency to become the player he could be. He actually performed best when moved into a more central position, but it was too little too late really. 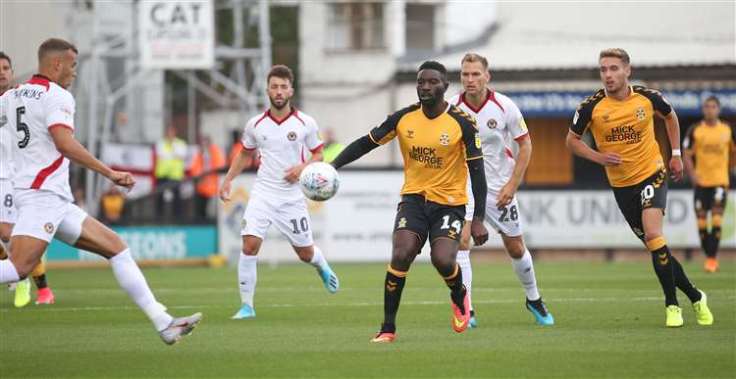 So that leaves the general pros. George Taft was a popular figure around the Abbey, not least on social media, and a competent League Two defender. He had a bit of an off-spell earlier in the season under Calderwood, but came back to win his place. Of late Bonner has preferred to play Harry Darling with Greg Taylor in the centre of defence, and whilst we definitely need a third centre back, the club obviously think they can improve on Taft. We’ll be sad to see him go, he was always committed and had time for the fans, and he’s done well to get himself a deal at Bolton Wanderers. Paul Lewis is a difficult one, he never really found his postition in the middle of the park, and you get the impression he’d have preferred a more advanced, attacking role. Came up with some big goals, and was a threat in the air and not afraid to stick his head in, but was all too often anonymous. That leaves Samir Carruthers, the enigma. Comfortably the most talented player in the squad, if not the League, he came with baggage of an injury-plagued career, some personal issues which resulted in him spending some time out of the team after Christmas, and undoubtedly high wages. Of course I think we’d all prefer it if he had stayed, but with finances at the forefront, and his injury record it’s a risk that the club have decided not to take.

We’ll take a look at how next seasons squad is shaping up in a future article, but let us know if you agree or disagree with this assessment at twitter.com/abbeystandpod 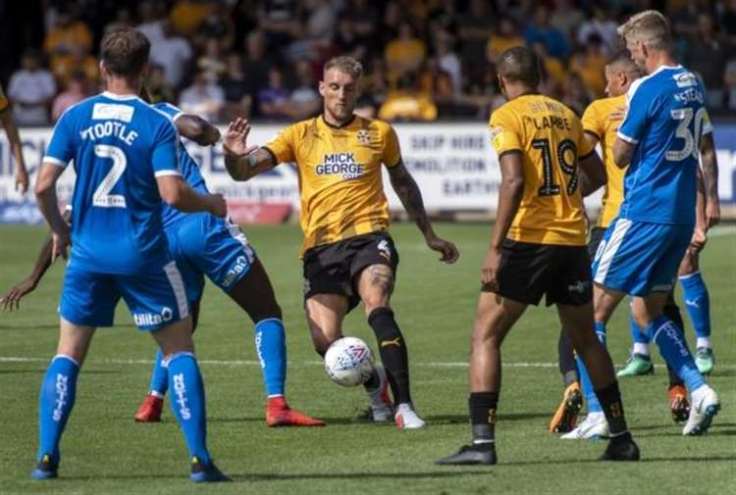