The U’s pre-season campaign ended with a win at the Abbey as League One Ipswich provided the opposition.

The game started after a minutes applause to mark the life of Carol Looker, longtime volunteer, away travel organiser and Golden Gamble seller and dedicated U’s fan.

Bonner picked a lineup that we imagine will closely reflect how we’ll start the season, with Mitov in goal after some impressive pre-season displays, a back four of Knoyle, Darling, Taylor and Iredale and what looked like a flat midfield four with Hoolahan and Hannant on the wings, and O’Neil and Digby in the middle. Mullin and Knibbs completed the eleven up top. 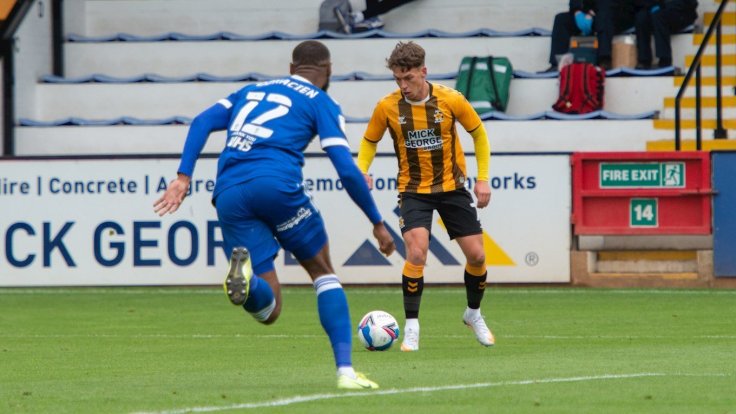 Hannant looked dangerous from set-pieces, creating chances for Darling and Taylor, whilst Knibbs and Mullin were well fed by Hoolahan to come close.

The second half saw changes to both sides, and United went ahead when Mullin outpaced an Ipswich defender to get his shot away, after hitting the post it fell on a plate for Digby to knock it home.

Mullin and Knibbs were replaced by Joe Ironside and Andy Dallas to give the second-choice forwards a chance to get on the pitch, and further changes saw youngsters Tom Dickens and Knowles, plus Lewis Simper and Joe Neal get some minutes under their belts. There were also a couple of Trialists in the squad, a goalkeeper and former Portsmouth man Adam May who got on for the last 30 minutes. We also saw the return to the Abbey of Idris El-Mizouni, this time in the blue of Ipswich.

Although a win is a win, and a clean sheet is always nice, this was anything but a full-strength Ipswich side, and questions still remain about the lack of cover in certain positions. Adam May could be a viable option to provide some creativity in the midfield, although a third goalkeeper in the squad may not be the best use of money, especially when our loanee centre-back Robbie Cundy is yet to feature, and Mark Bunn has hinted about returning to the game.

That said, you can only beat what is put in front of you and the U’s have risen to the tests this preseason and grinded out results. If we’re a side that makes up for a lack of creativity and depth with a strong work ethic, then that might be enough to have an alright season. I don’t think anyone is expecting a serious challenge this year, but if we can find the cash to add a few more faces there’s no reason why a top half finish is beyond us.

Are you hopeful for the forthcoming season? Do you think we’ve got enough to be comfortable? Have you ever seen Robbie Cundy actually play? Let us know at twitter.com/abbeystandpod