The second in our new series looking back at significant seasons in United history. This time, Roy McFarland’s swashbuckling side of 1998-99, winners of promotion and giant killers in the cup.

Roy McFarland’s second season in charge at the Abbey saw Cambridge looking to improve upon a 16th place finish in Division Three the year before. New signings to the squad included Neil Mustoe and Andy Duncan, formerly of Manchester United’s youth set up, and Rochdale’s Alex Russell.

A long trip to the South West saw Torquay first up for the U’s, and a Martin Butler penalty saw us return with all three points. A good omen for the season? Our first home games of the season saw First Division Watford visit in the Worthington (League) Cup, and another clean sheet for new Dutch goalkeeper Arjan Van Heusden, and a goal for young striker Trevor Benjamin. Swansea were our first home League opponent, two goals from Butler wrapping up a 2-1 win, before another Butler penalty in a 1-1 draw at Vicarage Road saw United progress to the next round of the cup. 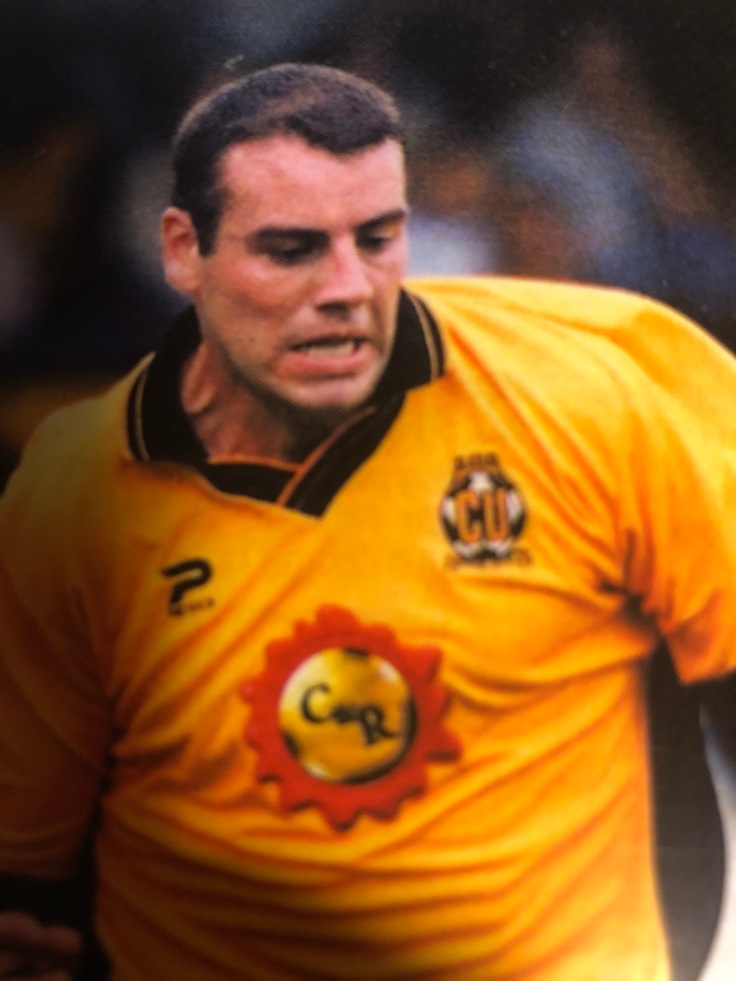 From late August and September United struggled to find rhythm in the League, back to back 3-2 defeats against Scarborough and Scunthorpe left United in a lowly 14th, before a home win versus Orient courtesy of Jamie Campbell saw winning ways return.

As the second round draw of the Worthington Cup paired United with Premier League Sheffield Wednesday, memories of our 4-0 win in 1991 came flooding back. Danny Wilson had assembled an expensive side, costing upwards of £20 million and featuring Italians Benito Carbone and Paulo DiCanio, alongside two-time UEFA Cup-winning Dutch international Wim Jonk, and former England international Des Walker. Not many of the U’s fans who made the trip to Hillsborough expected much of a result, but after only 3 minutes Trevor Benjamin pounced on a loose backpass, and challenged Kevin Pressman before putting the ball into the net. United defended with aplomb for the next 87 minutes, frustrating Wednesday and coming away with another famous victory. The second leg was to be played a week later at a packed Abbey Stadium, and disaster struck when Jamie Campbell headed an own goal over Van Heusden. The U’s however, didn’t give up and were rewarded when Trevor Benjamin powered in a header from an Alex Russell corner, sending the Abbey in to raptures.

From then on, United steadily climbed the table, and by October had found themselves in a playoff position, beating Cardiff, Southend and Hull on the road, before another Worthington Cup test against Premier League opposition in the shape of Nottingham Forest. Over three thousand U’s fans filed patiently through the one City Ground turnstile they’d bothered to open, and the match was delayed to ensure the Amber Army would be present for their biggest match of the season so far. United struggled in the rain, falling behind in the first half to goals from Dougie Freedman and Craig Armstrong, and worse was to come in the second half as Marlon Harewood put them 3-0 up straight from the restart. McFarland at this point decided to make his attacking team even more of a threat, subbing Jamie Campbell for a fourth attacker in Micheal Kyd, who made an immediate impact, enabling Trevor Benjamin to make it 3-1 on 68 minutes. Four minutes later, U’s fans belief started to grow as Martin Butler reduced the deficit, before Thierry Bonalair handled in the box, earning himself a red card, and club legend John Taylor, at this point, head bandaged scored a penalty to equalise and let those 3000 fans believe a famous comeback was on the cards. As it was, the match went to penalties, and Alex Russell and Paul Wanless were both denied by Dave Beasant (who’s son Sam would go on to play for United in 2015) as were Andy Grey and Jean-Claude Darcheville meaning the shootout went to sudden death. Trevor Benjamin, so often the hero for the U’s in the cup was the unlucky man, his low shot saved by Beasant.

With the disappointment of the cup exit out the way, United travelled to Mansfield where a 3-1 win courtesy of Butler, Benjamin and a lovely long range goal from Alex Russell saw the U’s up to fourth, before a 3-2 win over Barnet in early November meant they were in the automatic promotion spots for the first time. This didn’t last long, as a trip to B*ro resulted in a 2-1 defeat, and a drop to 6th in the table. 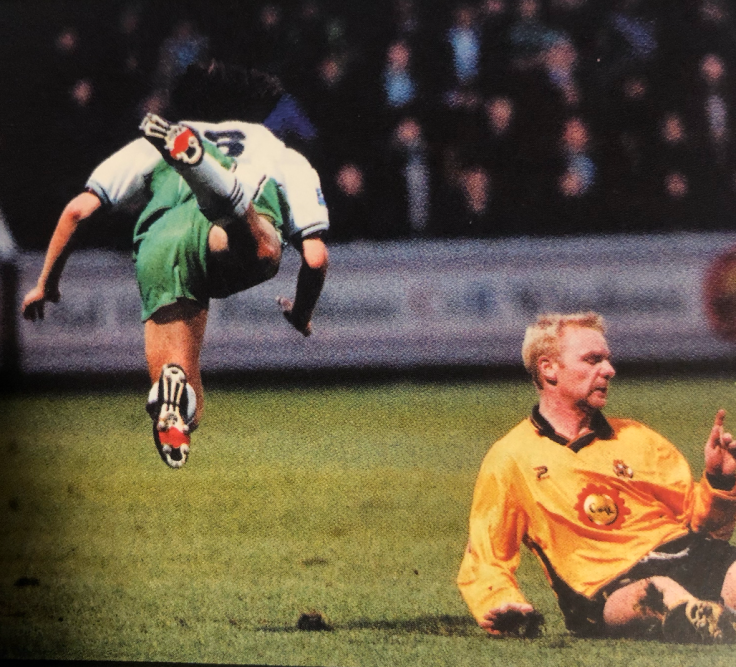 Wins against Darlington, Plymouth and Rotherham meant United entered the new year in 4th position and a draw with Hartlepool in January saw them regain their automatic promotion position. Further wins against Torquay, Chester, Carlisle and a 5-1 win at Scarborough thanks to two goals from Martin Butler and Ian Ashbee and one from John Taylor saw the U’s lifted to second. A defeat at Orient came before wins against Southend at home and Exeter away which meant the United topped the table going into March. Further good form saw Hull beaten again, and a magnificent performance against Mansfield where a hat-trick from Martin Butler, as well as goals from Benjamin, Taylor, Mustoe and Villa loanee Richard Walker ensured a 7-2 win. Draws against Shresbury and Cardiff followed, before wins against Brighton and Halifax and draws against Rochdale, Darlington and B*ro meant United travelled to Spotlands to play Rochdale for the second time in April, knowing that a win would secure promotion. As United struggled to break through, McFarland turned to his bench, and the one man he knew could make a difference. John Taylor came on with nine minutes remaining and scored twice, sending the 300 U’s fans onto the pitch and celebrating long into the night.

Sadly, that game was to be United’s last win of the season, a draw away to Plymouth and a loss at Swansea meant that the title was still up for grabs in the last match of the season,. United needed to win, Brentford simply needed to avoid defeat to take the title. A nervy game saw Lloyd Owusu with the only goal to send the title to London, and in all honestly they probably deserved it, but the U’s still had a season to celebrate, with Division Two football back on the cards, and an exciting strike force of Martin Butler with 21 goals for the season and Trevor Benjamin on 17, complemented by the experienced John Taylor who bagged 19.